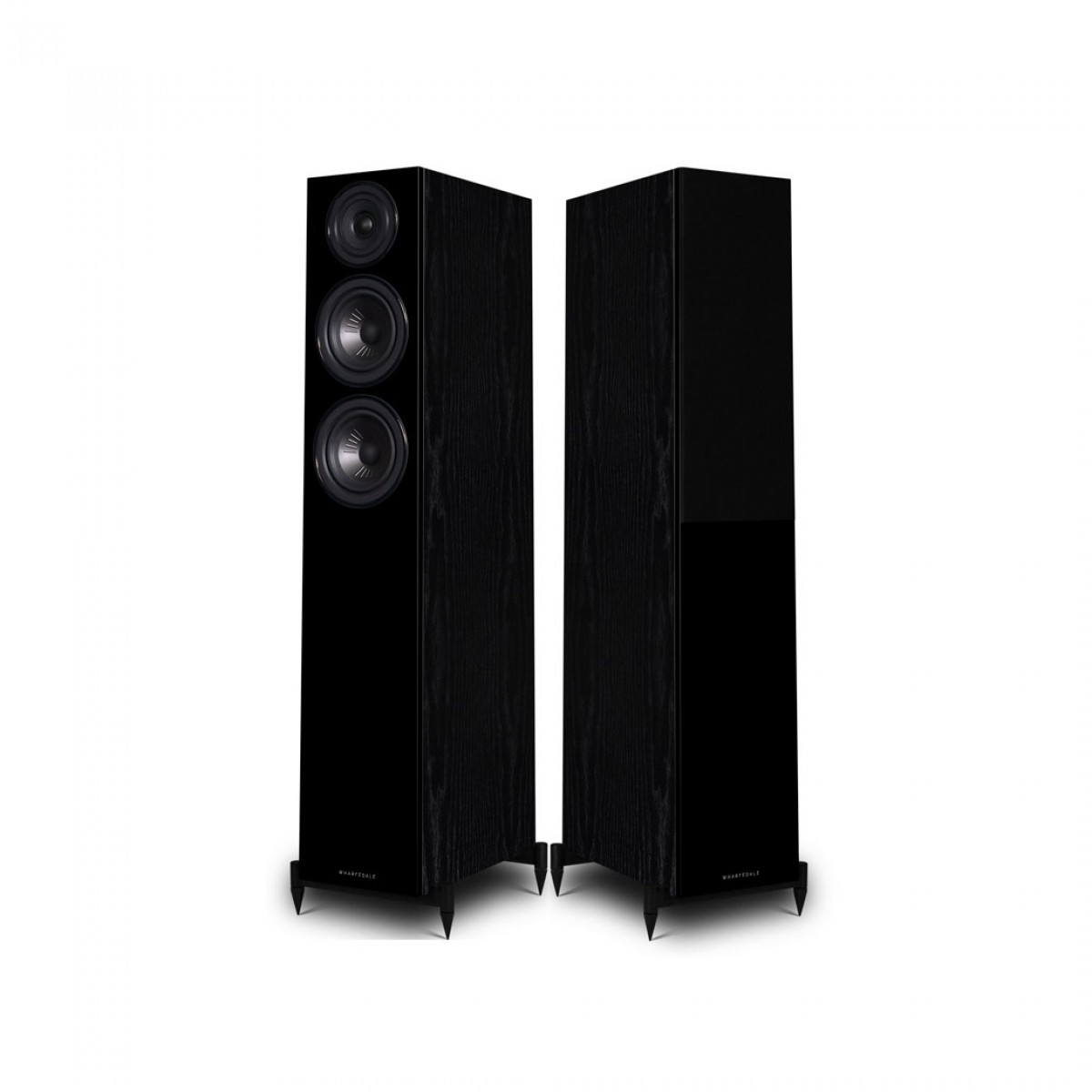 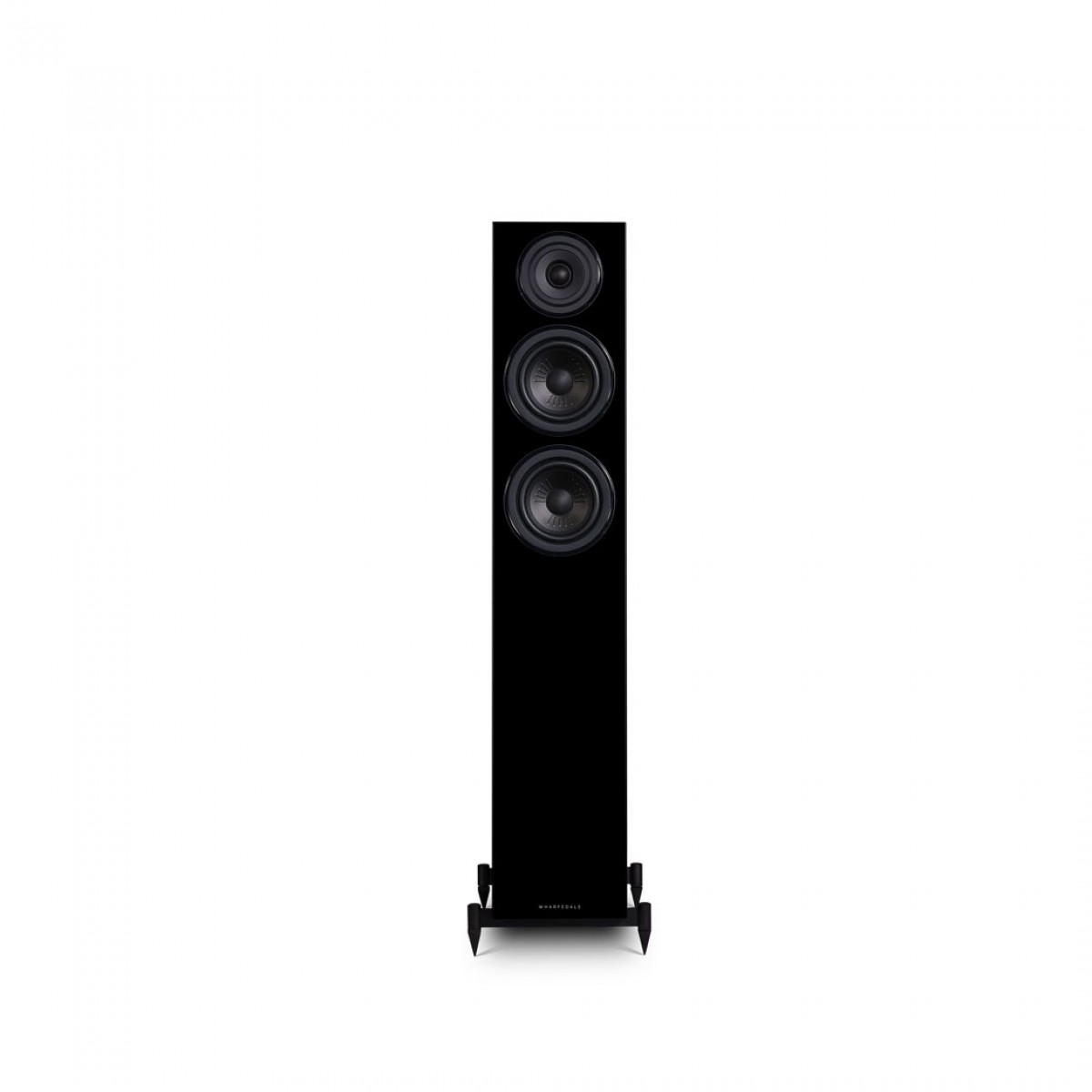 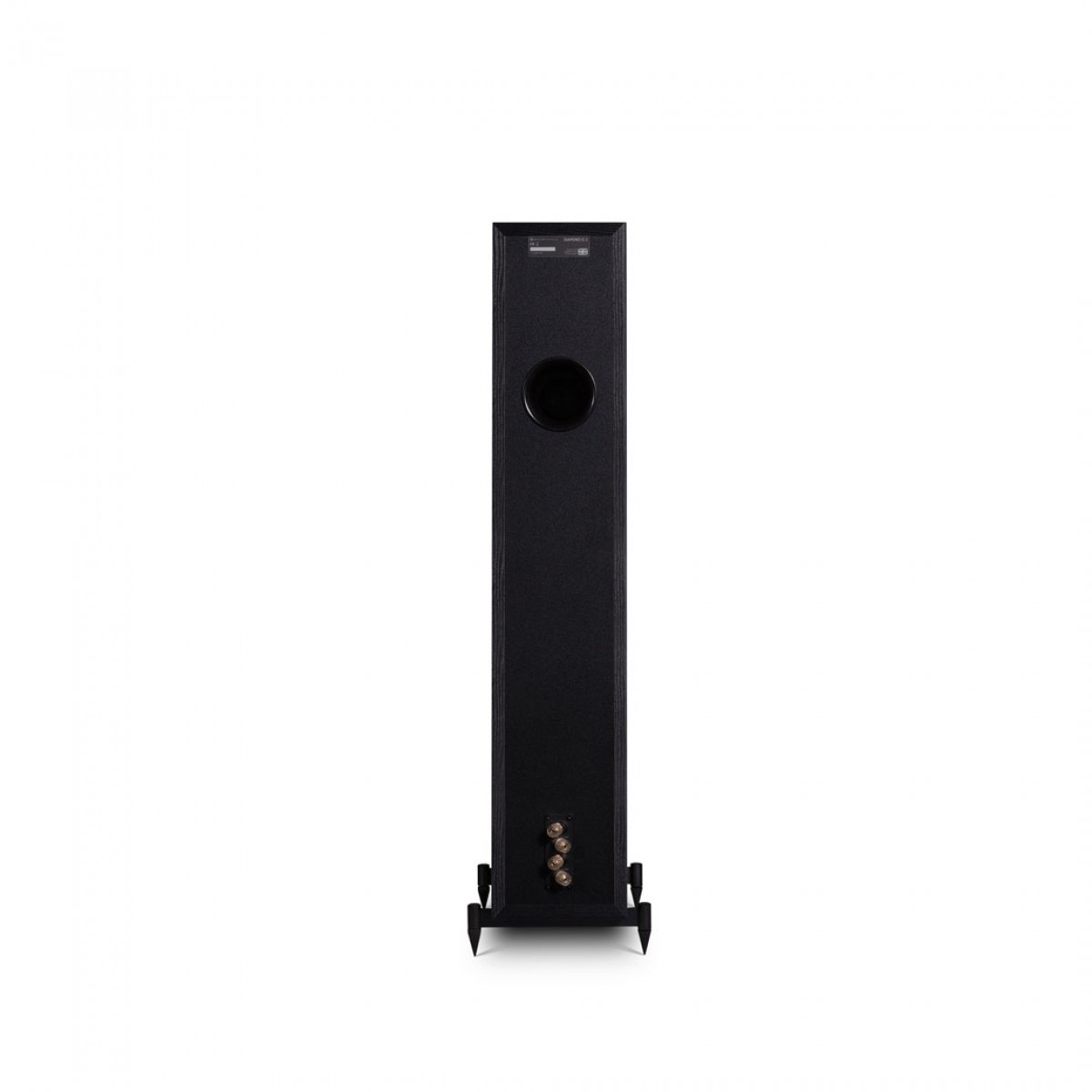 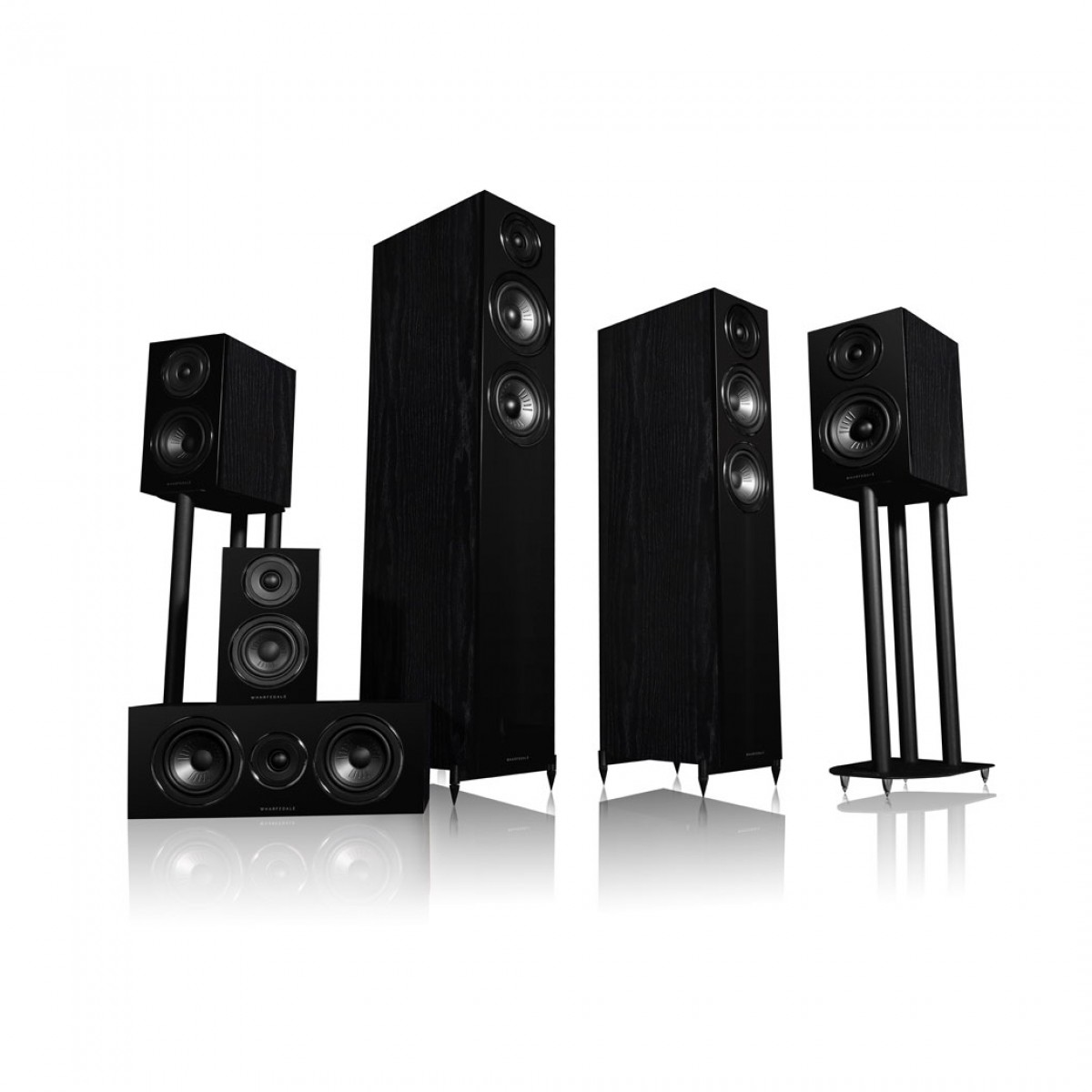 This product is currently not available for purchase

Since 1982, Wharfedale’s famous Diamond speakers have served as the classic entry point to true high-fidelity sound, their exceptional sonic value for money earning numerous ‘product of the year’ accolades in the UK and around the world. This autumn, with the introduction of the all-new Diamond 12 Series, Wharfedale once again raises the bar for affordable, high-performance loudspeakers.

Nearly New: This product may have been opened for quality control purposes, returned by a customer, refurbished, or may have non-essential parts or software missing. Otherwise, the product operates as new. This is a great opportunity to buy a fully functioning product at a discounted price, supplied with a two-year warranty.

"It’s tough to make a truly talented affordable floorstander, but Wharfedale has cracked it with the 12.3."

Since 1982, Wharfedale’s famous Diamond speakers have served as the classic entry point to true high-fidelity sound, their exceptional sonic value for money earning numerous ‘product of the year’ accolades in the UK and around the world. This autumn, with the introduction of the all-new Diamond 12 Series, Wharfedale once again raises the bar for affordable, high-performance loudspeakers.

To develop the new range, Wharfedale has collaborated with world-renowned speaker designer Karl-Heinz Fink for the first time. Fink’s track record of delivering class-leading sound from modestly priced speakers is exceptional and with the Diamond 12 Series, he and Wharfedale’s team of acoustic engineers have achieved a new entry-level benchmark.

Wharfedale determined that the Diamond 12 Series should be an opportunity to start afresh. A challenge was issued to Mr Fink: how much sonic performance can you wring from a range of speakers at classic Diamond price points? And so, he and Wharfedale’s team set to work, delivering clean-sheet designs without a single part unaltered from the outgoing – and more costly – Diamond 11 Series. 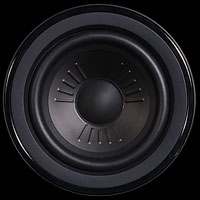 Klarity – The Difference is Clear

Since the Diamond 8 Series in 2001, Wharfedale has made the mid/bass cones for every Diamond generation from Kevlar. 19 years and many award-wining ranges later, Wharfedale has developed a new composite called Klarity™. The chief ingredient of Klarity™ is polypropylene, a material that has been used to make speaker cones since the BBC researched its use for this purpose in the 1970s. Polypropylene cones are renowned for their characteristically low distortion and controlled ‘breakup’, as well as their resistance to moisture in the air. They also have a reputation in some quarters for sounding a little ‘unexciting’ – a perception that is largely the result of mediocre engineering. When designed and implemented optimally, polypropylene cones can sound enthralling.

In the past, polypropylene cones have often been combined with high-damping surrounds to achieve a smooth response curve. However, the hysteresis of these surrounds can restrict dynamics and make bass sound a little ‘soft’. For the Diamond 12 Series, the aim was to combine the Klarity™ cone with a low-damping surround, thereby achieving both low colouration and expressive dynamics. This was not a simple task but, by simulating many different cone shapes and adding ribs to provide further stiffening, a flat response curve was achieved without resorting to a high-damping surround, thereby striking the ideal balance. The Klarity™ diaphragms are driven by a substantial, precision-made magnet system with an aluminium compensation ring to minimise the effect of variations in inductance as the voice coil travels. This contributes to an absence of distortion and intermodulation generated by the motor system. The voice coil is wound on a high-power epoxy/glass fibre bobbin – highly unusual in speakers at this price level. This has the advantage of not adding eddy currents and delivering greater power handling than an aluminium bobbin, whilst also being much stiffer than the Kapton type.

The Diamond 12 Series’ treble unit sports a 25mm dome made from a woven polyester film with a high-loss coating to deliver open and smoothly extended high frequencies. The magnet system and the front plate have been optimised for wide dispersion and uncompressed behaviour. The front plate is flat and exposes the dome as much as possible, with a short duct to balance the acoustic load and improve the SPL (sound pressure level) measurement. The treble unit combines seamlessly with the mid/bass driver via a crossover network using an acoustic LKR 24dB topology. This includes air core inductors of the type more commonly found in high-end speakers, selected because they produce the lowest distortion of all inductor types. As the resistance of the coil is higher than a standard laminated steel or ferrite core inductor, the magnetic structure of the mid/bass driver has been modified to compensate, resulting in fast, clean bass with no distortion from the inductor.

The cabinet is a critical part of any high-performance loudspeaker. At entry-level price points, corners are often cut to constrain cost, but this is a mistake; no matter how good the drive units, their performance will be wasted if the cabinet’s construction is suboptimal. For this reason, Diamond 12 Series speakers feature cabinets constructed with a level of sophistication usually reserved for much more expensive designs. The rear-ported enclosure of each model is precisely sized so that the internal volume works in harmony with the drive unit system to deliver the desired sonic result. The cabinet walls are made from sections of wood fibre board of varying thickness, constructed in such a way as to subdue the identifiable characteristics of the cabinet’s ‘sound’ and ensure the drivers’ output remains unsullied. The resonant properties of each element – even the glue – were considered to determine the ideal combination of materials and placement. Inside the cabinet, Intelligent Spot Bracing connects opposing walls with a specific form of wood brace to achieve optimal reduction of cabinet resonance. These braces are precisely modelled by computer simulation to improve upon the commonplace ‘figure of eight’ brace, which can have the effect of transferring resonance from one wall to another.

Select your country and language to see local prices and delivery options.